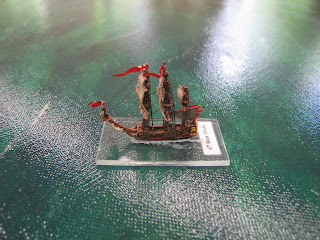 This is my HMS Drake, I believe the first of nineteen ships of the Royal Navy to be so named. Commissioned in 1653 and another survivor of the Ango-Dutch Wars, the 12 gun 6th rate was sold on in 1691. This latest 1:1200 scale Langton Miniatures model I have marked up as another member of the Red Squadron at Lowestoft  (3 June 1665) under the command of the Duke of York - the Drake being captained at that battle by Richard Poole of Sussex, descendant of a line of sea captains which continued into the subsequent century. 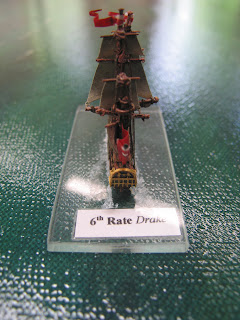 Posted by Unlucky General at 8:56 PM