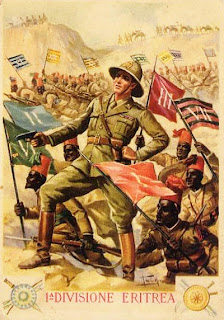 Even in the desert there is colour and flair. Earlier this year my friends and I had a series of wargames, one of which was our 'Sally in the Sands' - the Italian assault on Fort Forgetmenot. A fictional early war encounter which saw forces of Italian colonial fascism attack the ill-prepared forces of Franco-British imperialism across the deserts of North-West Africa. I played Benito's boys whilst Matt and Grant took on the French and Brits in a ten turn fiasco which saw the outcome in the balance throughout. 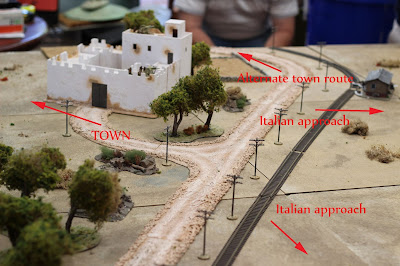 The Italian primary objectives were to cut the rail line and communications which they would need to hold for two complete turns and seize and hold the fort by games end as a possible, secondary objective. 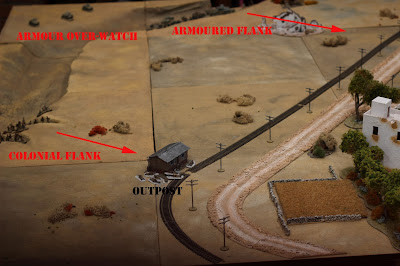 Jumping off from a deep, protective gorge, a colonial battalion of Askaris and Black-shirts were to storm the telegraph post (Outpost) on the Italian right flank whilst a supported combined light tank battalion advanced on the left flank with a reserve in over-watch to the rear. Some air support was hoped for.
﻿ 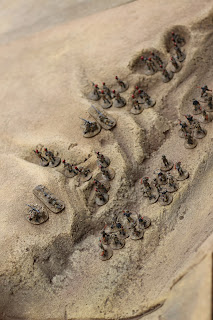 It was unclear the precise strength of the garrison on duty but a fully supported infantry battalion was believed to be in the nearby township of Shoopshawaddi. This was to be a classic seize and hold operation. The colonials would have a hard time of it but numbers were expected to tell in the end and they had their own heavy weapons support. To the brave go the spoils (or so it was hoped) and the allies were going to need to raise the alarm and dice for reinforcements - for both unit type and entry point. 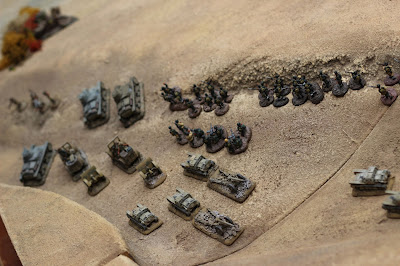 The Italian advantage was that their forces were completely grouped and formed up for the assault - what could go wrong? Further, the allied reinforcements were reliant on continued success in dicing. As soon as a roll was failed, no further units could arrive that turn but each successive turn the chances increased by 1in6 from a 4in6 start until successful. 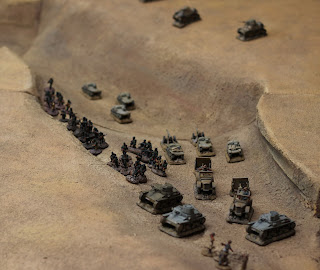 The Italians moved first and throwing caution with lives to the desert winds, we came out in force on both flanks simultaneously, soon realising the over-watch tank company were hopelessly out of range to be of any use. As soon as the fort acquired the enemy, 18pdr shells rained down taking a steady toll. 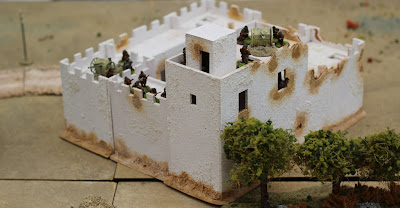 ﻿
It was clear that some serious bleeding was going to have to happen under the range of those 18pdr guns before the small Italian battery could be brought up in support. 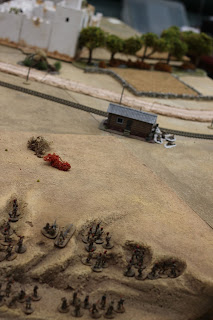 The small arms fire even from the Fort was galling and once closing, the colonials took unacceptable casualties from the forward defenders as they rushed the Outpost. A heavy machine gun from the tower was particularly brutal in thinning the Askaris ranks. We used Rapid Fire rules with a twist on the moral system. We give the Askaris 'Regular' fire ability but 'Elite' morale and the same for the Black-shirts. It was assumed by me that they had what it took to take the position. 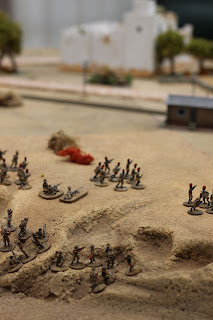 Man-handling their own support weapons under artillery, heavy machine-gun and small arms fire without the ability to move and shoot in the same turn; the colonials were dangerously exposed. Even if they were able to close the gap, the arrival at any minute of the wrong kind of British support would have doomed the flank to total ruin. All the allies need do was to inflict 20 casualties and force a morale test. Once failed, the colonials would be caught paralysed or worse in the open. 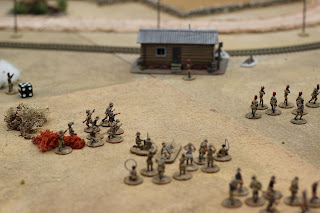 This was always going to be an all or nothing gamble - or was it a calculated risk? The entire battalion went forward, all companies providing mutual support. Eventually, the casualties mounted sufficient to cause that dreaded morale test. 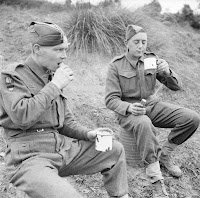 Thankfully, the Brits in Shoopshawaddi were doing what they did best - tiffin seemed to go on and on and their French allies struggled to hold on. For them also, casualties were mounting even behind prepared defences. The Italians were getting the best run hoped for but eventually, the wrong sort of help finally got through. 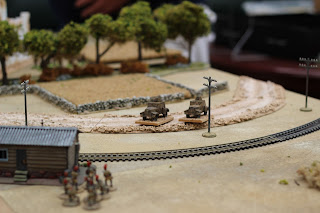 Two Morris armoured cars can and did do a hell of a lot of damage to a poorly supported infantry battalion. If it wasn't for the morale of the Askaris and Black-shirts they'd have broken as soon as they came under their mobile machine guns. They did reach the Outpost and clear it with hand-grenades but broke soon afterwards with further casualties and subsequent morale tests. 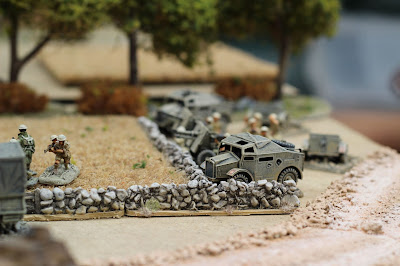 Fate appeared to intervene for the Allies at this time. With the colonials driven back, a 25pdr battery arrived just in time to set up safe 'n' sound and commence a fierce bombardment of the Italian left flank.

Having much ground to cover in the long sweep to their left, the armoured advance stalled under heavy damage sustained by the Royal Horse Artillery. At this juncture all seemed lost as allied armour approach from around behind the Fort just as the Italians crossed the other side of the track. Things were looking grim once more for the new Roman Empire. 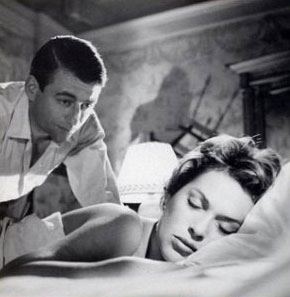 Yet the allies continued to be dogged by minimal support from their forces in the town. Poor communications, perhaps antipathy toward the French or (we surmised) the Commander was otherwise engaged with more pleasant distractions to be bothered with exaggerated reports from one bunch of emotional continentals about another. Who can say, but does she look a little Latin to you? After a savage and short tank battle, the Italians survived the piece-meal counter-attack just in time for the fortuitous intervention of the otherwise absent Regina Aeronautica who promptly swept the 18pdr gun crews to Hades. 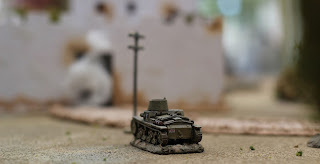 The rear echelons having by this time cut the rail line and communications, all that was left for total victory for Il Duce was to breach and take the fort. A solitary M11/39 closed to short range and promptly blew the doors to the courtyard of Forgetmenot and the battle was over. 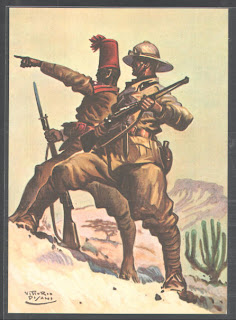 I highly recommend wargaming this period and this theatre of operations. The Italians in particular are a fun and curious army, full of unusual equipment and colourful troop types.

We gamed this fanciful scenario using 20mm figures and models accumulated over the years and continue to add to them bit by bit.