2/48th Regiment of Foot: The Northamptonshire men at Busaco 1810

I've not got a lot to say about this unit except that they are done - so here they are. The only thing I've done differently with the extra figures I painted to make up this re-purposed battalion is that I decided not to paint the eyes on the rank and file miniatures. 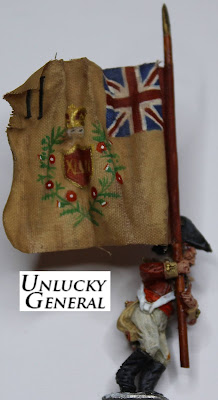 Elite Miniatures are great but the eye sockets on these sculpts are little more than a recess. What's more, they are e recess which are often bloody hard to get into. In essence, the peaks on the shako are quite low down over the eyes - which I love. They effectively cast shadow over the eyes in any case and they just don't need to be done. When I look at some of my older paint jobs with these miniatures, it's really best not to bother ... so I haven't. 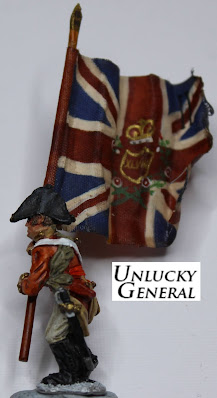 Honestly, this Stewart's brigade I am re-creating with the 2/48th was very ill-used. The 2/48th only landed in Lisbon 1809 and were committed at the Douro, Talavera, they were stricken with an outbreak of a fatal fever and by Busaco were down to 481 all-ranks. 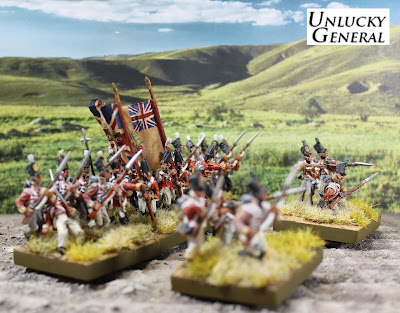 At Talavera their commander Lieutenant Colonel Charles Donnellan was mortally wounded and replaced by Lieutenant Colonel George Henry Duckworth by the battle of Busaco in September 1810 but who was killed in action at Albuera the following year. 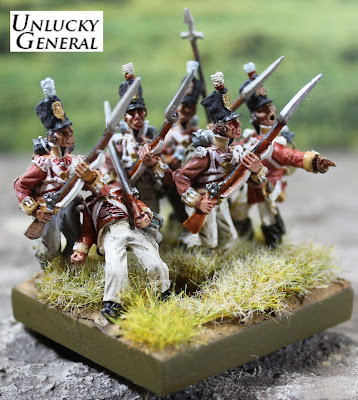 Like the 2/66th, they were no longer an effective fighting formation after Albuera and this battalion was disbanded by 1814. 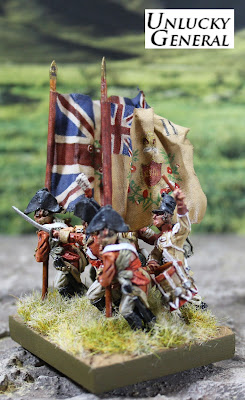 Only the falling grenadier is not an Elite Miniature - he's from Offensive Miniatures. Whilst they are a nice looking figure, I do wonder about a lot of the current ranges for Napoleonics out there. I would describe their range of figures as 'detailed and delicate' which require a great deal of care with the brush. This of itself isn't a bad thing but when you are cracking out battalions of between 24 and 48 figures apiece, Elite Miniatures is your friend and Offensive Miniatures and Perry Miniatures (to name just two ranges) are not so much. 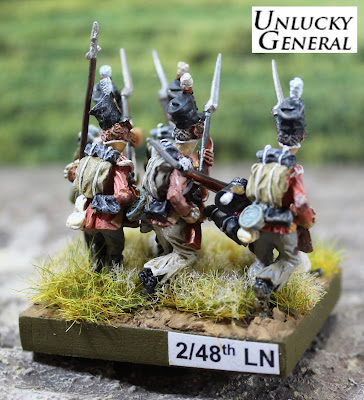