Likely the Last: I may never paint 5/60th Riflemen again 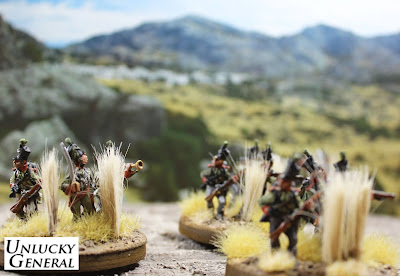 The following handful of miniatures and photos represent a relatively quick turn-over of two six figure companies of 5/60th Rifles for my Spanish Peninsular army. 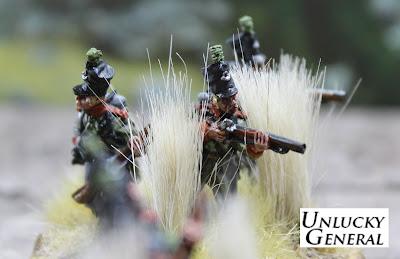 I can't see myself painting any more. With a company I had painted years ago, these will make three companies which were distributed between several of my Brigades  which made up the first and second divisions at Busaco in 1810. 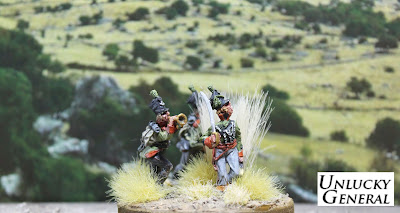 They are all Elite Miniatures like most of my army. The grass tufts are all home-made and I very pleased with them. I did buy some long grass from Noch - the really pale and tall stuff you can see. Whilst some grasses and reeds and the like can obviously get that tall, I'm still not sure I shouldn't trim them back further. 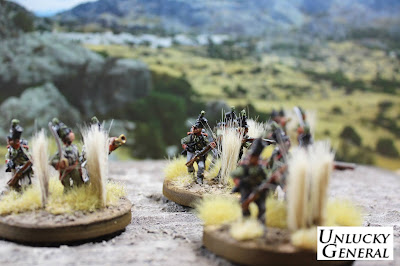 Obviously I'm still having some fun with background photos from the Iberian Peninsular - like a virtual tour.

I weakened yesterday and lashed out near AUD100 on another Elite Miniatures order - this time a regiment of 24 Dragoons - mixed bicorne and watering caps. I plan on doing some conversion work on them which should be fun. In the meantime it's time to crack on with my Coldstream Guards but I am starting to hear the siren's song of other projects which I have been neglecting this year like Quebec (Plains of Abraham) and Balaclava not to mention Lewes 1264 or Seneffe and my Williamite Warfare Blog.