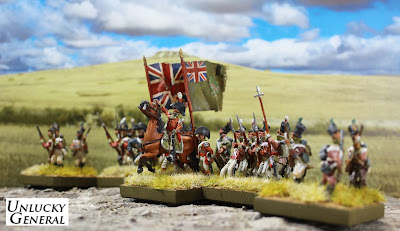 Maybe it's because these figures come after a cascade of buff facings but I just love these yellow/green (gosling-green) facings and Colonel's colour - so refreshing! I ended up painting four more figures than I needed as I had forgotten to include grenadiers but was able to rapidly re-purpose the last of the replaced 52nd foot who had the shoulder wings. So, it looks like I have inadvertently started the next battalion to follow.

This is the third and last, largely re-purposed battalion. Branching into a new brigade (now 3/4 done) was never an intention but rather a happy mistake and I wanted to get them done before I forgot what I was going to do with the old, extra figures. 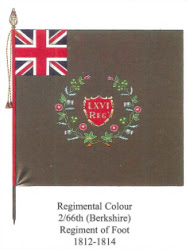 The colours were fastidiously replicated from the above image I managed to scrounge off the internet and as you can see, the wreath is not usual with silver or white leaves and highlighted shamrocks. I gave the flags a touch of wear and tear. Anyway, this is a representation of the colours which sadly the 2/66th lost to the French at Albuera (1811) where they were badly cut-up. 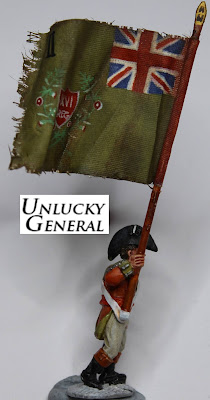 The battalion had been able to muster 526 all-ranks at Talavera but appear to have been heavily engaged on day-two of the battle, enduring 16 killed and 99 wounded. By Busaco they could only field 463 all ranks. 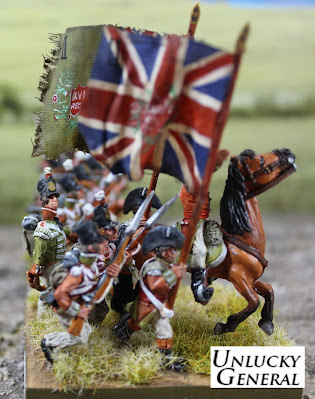 It seems they were somewhat ill-used and were ill-fated. We could be forgiven for seeing them even as a somewhat cursed battalion. Only 52 men survived Albuera and they were tipped into one of Wellesley's Provisional battalions. 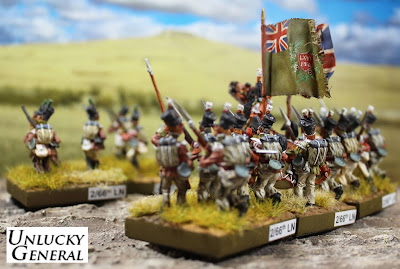 I have to say it's always a little challenging getting the drums right also. Whilst they may well have followed a rigidly standard pattern I somehow doubt it. Interestingly, I have few references in my books. There seems to be a conspicuous aversion to citing or illustrating them in either of the venerable Philip Haythornthwaite and Mike Chappell in either Uniforms of the Peninsular Wars (1995) or Uniforms of Waterloo (1974). 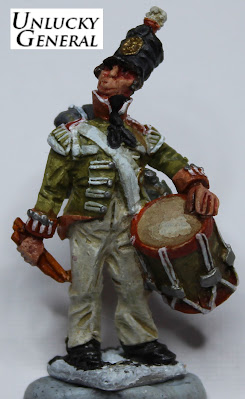 Considering that a British regimental arms are most fully displayed in the colonel's colour and the drummer's instruments, it's quite an oversight. Osprey publishing are little better. 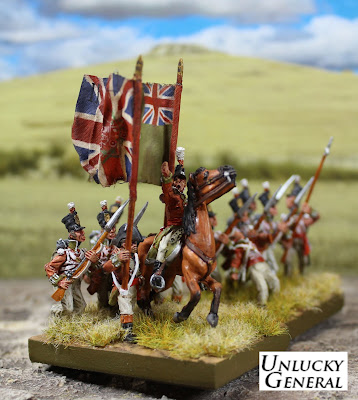 By the by, I'm using high resolution printouts from the internet as backdrops. I've collected what are mostly shots from Spain. I'm hoping to inject a little more colour and life into my photography. Given how I focus my shots, the resolution really doesn't matter so much.